Mr. Gerard of Gerard and Associates in Las Vegas, Nevada, is an AV rated attorney, obtaining the highest rating in legal ability and ethical standard by Martindale-Hubbell. He received a Bachelor of Arts Degree in 1977 from the State University of New York at Stoney Brook and a Juris Doctorate Degree from the University of San Diego in 1980.

Since 1983, Mr. Gerard has maintained a practice emphasis in the representation of Plaintiffs in consumer law. During that time, he has represented consumers in a large number of complex legal matters and class action litigation. In 1995 Robert Gerard participated in the drafting and lobbying efforts that resulted in the first consumer construction defect statute (N.R.S. 40.600) in the State of Nevada. This law provided an effective procedure for the citizens of the State to obtain relief for damages and repairs to their homes resulting from faulty construction. In addition, Mr. Gerard has authored numerous articles and seminar materials on consumer law associated with his role as the Chair of the State Bar of Nevada Construction Defect Seminar in 1999 and 2000, as well as numerous seminars hosted by Lorman Business Center on construction law and litigation practices.

Mr. Gerard has been engaged in the active practice of law since 1980, and is licensed to practice before Courts of the State of California and State of Nevada, as well as the Federal District Courts for the Southern District of California, District of Nevada, and the United States Court of Appeals for the Third Circuit.
Mr. Gerard’s practice includes Construction Defect, Consumer Energy Law, Personal Injury, Wage & Hour, and Consumer Protection / Securities Law. 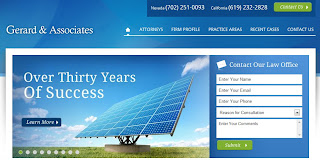 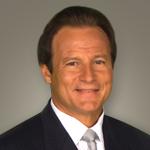 Posted by Gerard and Associates at 6:46 PM No comments: